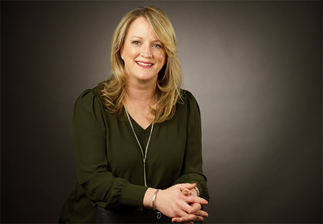 It’s more important than ever for employers to keep the workers they have, and that means
paying attention to employee needs, experts say.

Over the last 19 months, workers in a wide range of sectors have been harder to come by,
leading to new challenges for Long Island businesses.

In the chase for staff, it’s important for employers to recognize the collective mental stress
current workers have been under, said Aoifa O’Donnell, chief executive of National EAP, a
Hauppauge-based employee coaching firm.

‘The world has changed’

“The world really has changed regarding focusing on mental health,” said O’Donnell, a speaker
at a Wednesday virtual panel on the worker shortage sponsored by HIA-LI, the business group
formerly called the Hauppauge Industrial Association. “The reality is that [employee] mental
health was stressed and strained, and their wellness was stressed and strained, and for some
very significantly.”

Isolation, mounting workloads, and the trauma of losing loved ones have all weighed heavily on
the workforce, she said.

“We need to continue to prioritize employee well-being and show as a company in your hiring
practices that it is top of mind,” O’Donnell said. “It’s hard to find new people. Let’s take care of
the ones we have.”

Panelist Stephanie Curry, human resources director at Sherwood Lumber Corp., said the hiring
crunch has forced a lot of firms and their workers to rethink their priorities.

“It’s not just a Long Island problem. We are seeing it everywhere,” said Curry, adding that
recruitment for blue-collar jobs at her firm has been especially challenging.

“We thought that once the unemployment subsidy was going to end for at least New York in
September we would have people, we would have a candidate pool to choose from,” Curry said.
“And we don’t.”

Despite the challenges, Curry said employers must do a better job of selling potential hires on a
company’s corporate culture, in addition to looking at factors like pay and benefits.

While panelists discussed the usefulness of the incentives like sign-on bonuses, they cautioned
against ignoring current employees who may have stayed with an employer, especially over the
last year.

“You have to be careful with sign-on bonuses,” said panelist Ray Irizarry, director of human
resources at D’Addario & Company. “If we increase our starting pay, we have to cascade that
downward to show appreciation for those employees who have remained with us.”

The company, a manufacturer of guitar strings and other music accessories, has felt the effects
of the tight labor market in its hiring. Still, focusing on the core employee base and being
responsive to their needs has helped keep staffing levels steady.

“You have to listen … and then react to their concerns,” Irizarry said.